Sentiment Analysis of a Football Match 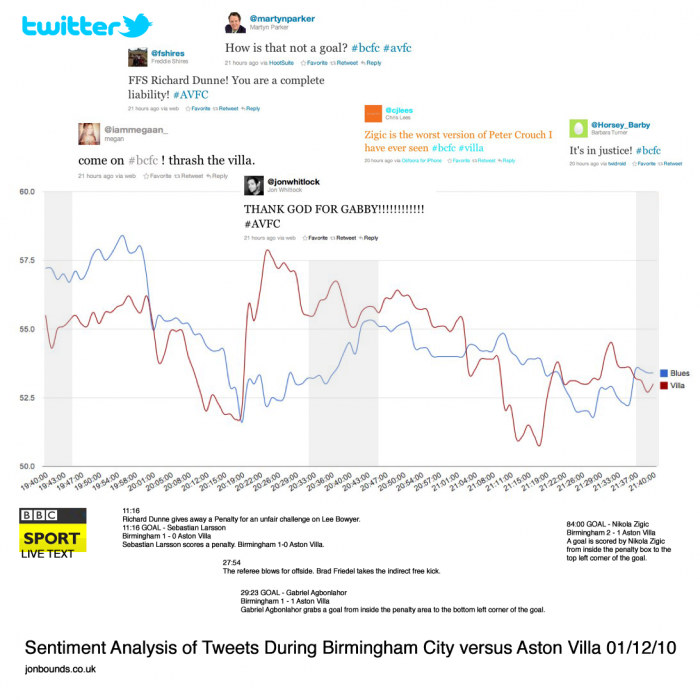 Last night I turned my sentiment analysis tool on two hashtags: #bcfc and #avfc, the most widely used tags to refer to Birmingham City and Aston Villa during their League Cup quarter final game. It was a chance to see if visualising to ‘competing’ tags around the same event would be a useful exercise.

Caveats that would apply to this:

There was a generally a downward trendÂ throughoutÂ the match, tension? Bad football? It could have been both. The first two goals seemed to have a much bigger impact than the thirdâ€”this I don’t quite understand, but it seems to be more about the tweets themselves than the tool.

I could see how a special subject-set of emotion words could be created for football, which could cope with more nuanced or unusual words. It’s something to consider.

The sentiment scores in a Google spreadsheet, csv files: #avfc tweets (657 of which were during the game), #bcfc tweets (370 during). 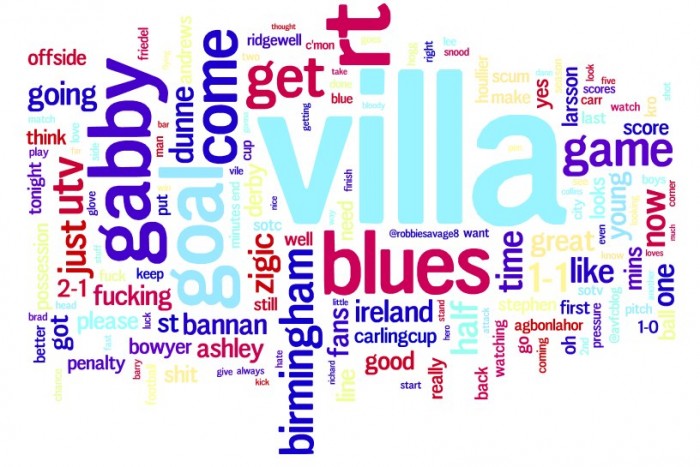