A few posts ago I postulated that for most people, for most types of ‘news’ algorithms based around attention and the social graph may well be almost good enough to replace the idea of subscribing to RSS feeds of content directly.

And then Flipboard came along. 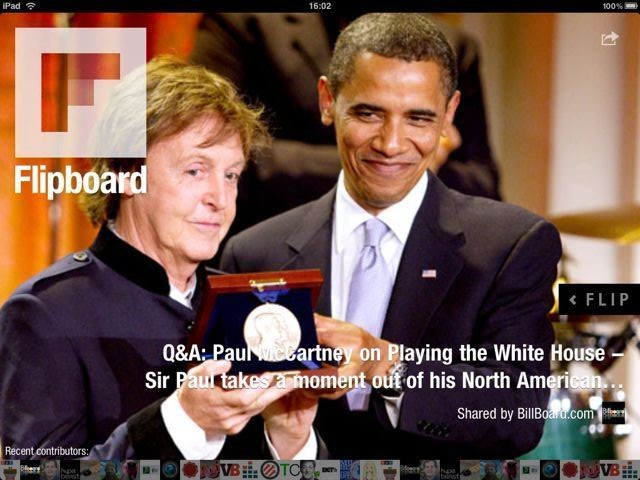 Flipboard is a news reader for the iPad with an exquisite interface that’s just right for the touchscreen interface — it’s all page turning and large buttons. So far so Reeder (my favourite iPad RSS reader), but Flipboard does a couple of things that make it stand out, and doesn’t do a couple of things that make it on the way to being the sort of thing that will make RSS feeds as user technology scarcer: 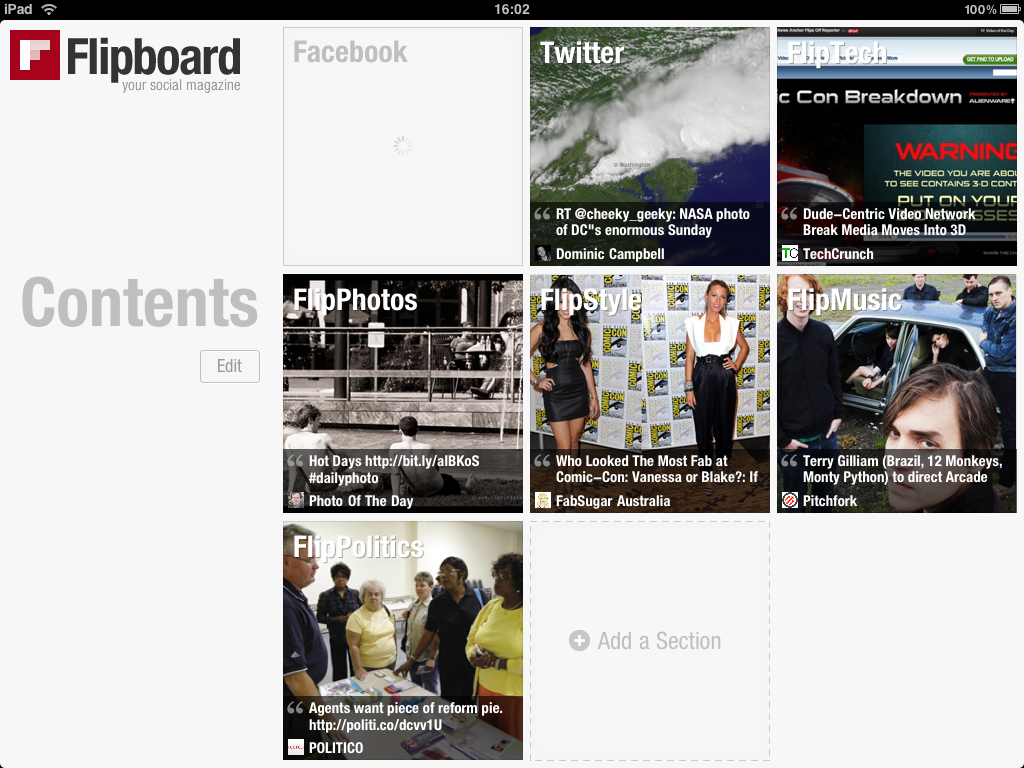 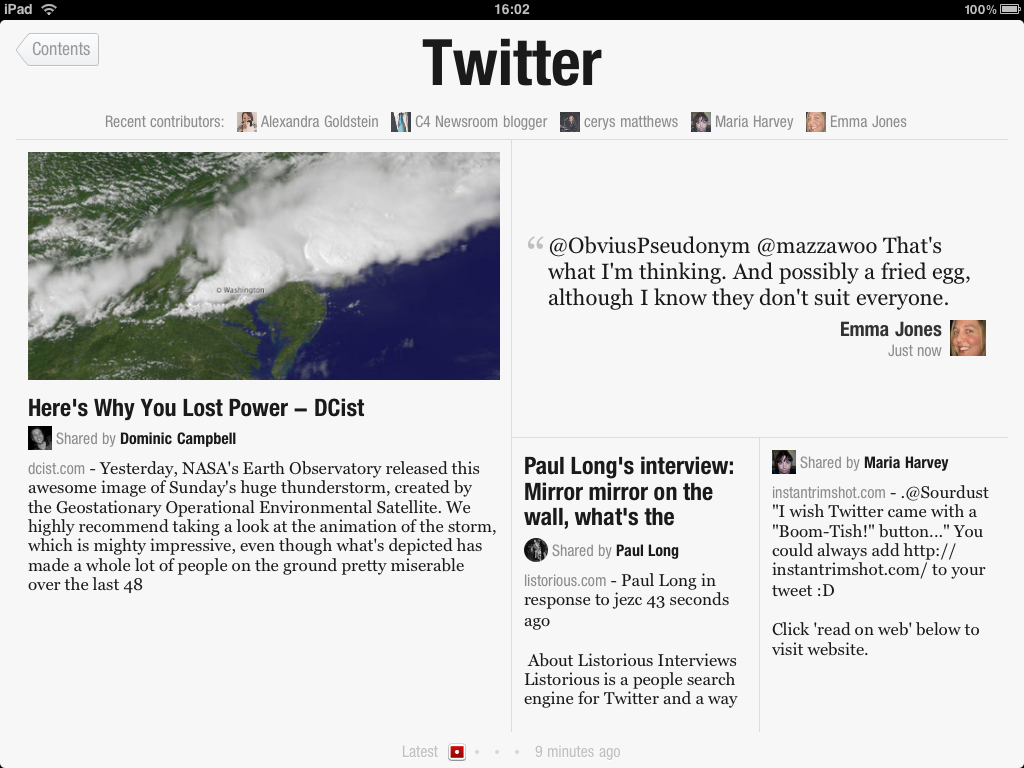 There’s no attention profiling that I can see, but there’s absolutely no reason why it shouldn’t be an addition that the makers are working on. No, it won’t replace an RSS reader — but it’s not trying, and in many situations it’s better for that.

Some work to do to implement something similar that works on other sorts of devices (a conventional computer would need a very different interface), but for iPad it’s good enough.