The future of publishing

If there’s one thing that fills the web more than cat pictures it’s ruminations on the state, past or future of newspapers and magazines. The truth is old models are failing and no-one really knows. Rupert Murdoch is trying paywalls, which is a possibility for publications with existing audiences and strong brands, but what can a start-up publication do?

In my own small way I’m experimenting — this week sees the launch of a—yes—paper-based magazine that Danny Smith and I have been working on for the best part of six months. This is what it looks like: 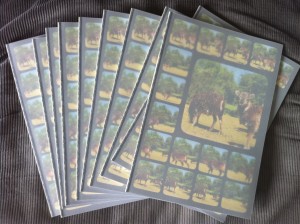 Things we’ve worked out so far:

As well as being exhausting and a great hobby, there’s been a fair few opportunities to try out different promotional web-tricks that I’m going to use again. Issue two shouldn’t take so long.